Over 12,000 QSOs for YOTA Month Ops in the Americas 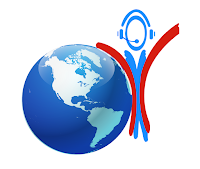 Youth on the Air Month each December encourages young hams around the world to get on the air and make lots of contacts, both with other young hams and older ones as well. The idea started in Europe, where the International Amateur Radio Union (IARU) Region 1 organization has made a concerted effort to promote ham radio to young people (see previous story). In 2019, there was also an organized effort in the Americas (IARU Region 2) in conjunction with the upcoming YOTA Camp this June in Ohio.


Organizer Neil Rapp, WB9VPG, and YOTA Month coordinator (and 2018 Newsline Young Ham of the Year) Bryant Rascoll, KG5HVO, report that 18 hams under age 25 in both North and South America used special call signs to draw attention to the activity and made a combined total of more than 12,000 contacts.

For more information on YOTA Month operations around the world last December, visit <events.ham-yota.com>. For information on the upcoming YOTA Camp America and how you can help support it, see WB9VPG's article in the January 2020 issue of CQ or visit <http://youthontheair.org>.
Posted by CQ Newsroom at 8:27 AM