ARRL CEO: "Balance Has Been Lost"

ARRL CEO Howard Michel, WB2ITX, says the "balance has been lost" between the League's three major components - a membership organization, a business and a 501(c)(3) charity. The key, according to the ARRL Letter, is creating value. Speaking at Ham Radio University in New York in early January, Michel said the League needs to refocus its priorities on creating value for new licensees who currently don't join ARRL or quit after a year; shift the perspective in its publishing operations from producing books to producing and delivering value to readers, regardless of the medium, and that the organization must do more for new hams once they become licensed. "We've got them through the test to get their license," he said, "and then we've dropped them. We've got to fix that."


A major part of Michel's effort to have the ARRL deliver more value to its members and prospective members is a reorganization of the League's management structure. He announced plans in early February to create a management council to discuss long-term planning, ideas and operations; and the creation of two new positions, a Product Development Manager and a Marketing Communications Manager.
Posted by CQ Newsroom at 8:23 AM

ARRL Board: We Are Not Abandoning Antenna Rights Fight

One of many actions taken by the ARRL board of directors at its January meeting (see details in the March issue of CQ) was a decision to "review, reexamine and reappraise" the organization's approach to seeking antenna rights for hams subject to private land use restrictions not covered by the FCC's partial pre-emption of state and local laws regarding antenna structures. That decision included asking Congressional sponsors of the Amateur Radio Parity Act not to try to move the bill to a vote for now, and withdrawing a petition asking the FCC to incorporate provisions of the Parity Act in the amateur radio rules.


"The board wants to make clear," it said in a statement, "that this pause is not, and should not be interpreted as, an abandonment of its efforts to obtain relief from private land-use restrictions," adding that it intends "to renew, continue and strengthen the ARRL's efforts to achieve relief from such restrictions."
Posted by CQ Newsroom at 8:22 AM

Several thousand amateur radio license applications were waiting for FCC staff members when they returned to work after January's partial government shutdown, but they quickly worked through them. The ARRL Letter reported that the ARRL VEC alone had some 2700 applications awaiting FCC action. It said the FCC told volunteer examiner coordinators that it might take weeks to get caught up, but the staff actually achieved that goal in a matter of days.

As this is written in early February, there is still the chance of another government shutdown on February 15, if Congress and the President cannot agree on border security provisions of a funding bill.
Posted by CQ Newsroom at 8:19 AM

OSCAR-1, for Orbiting Satellite Carrying Amateur Radio, was the name bestowed on the first amateur radio satellite after its launch in December, 1961. Since then, OSCAR numbers have been issued to amateur satellites that have achieved orbit and successfully operated. Nearly 57 years after the launch of OSCAR-1, on November 15, 2018, OSCAR-100 - the Qatari Es'hail-2 satellite - was launched into geostationary orbit over Africa. It is the first geostationary amateur radio satellite.

According to the AMSAT News Service, two ham satellites with later launch dates - the Japanese OrigamiSat-1 and NEXUS - were designated as OSCARs 98 and 99, respectively. OSCAR numbers are issued by AMSAT, the Radio Amateur Satellite Corporation, which is celebrating its 50th anniversary this year. (See the March issue' Awards column for info on special AMSAT 50th anniversary awards.)
Posted by CQ Newsroom at 8:18 AM


The magnetic north pole - to which compasses point and whose location is the basis for multiple navigation systems - has been on the move for years. NOAA's National Centers for Environmental Information (NCEI) normally released an updated "World Magnetic Model" every five years, which becomes the basis for adjustments to GPS and other navigation systems. The next update wasn't due until next year, byt NCEI scientists say the pole has been moving with unexpected speed away from the Canadian Arctic toward Siberia. As a result, they issued an "Out-of-Cycle" update for the first time ever in early February.

Changes in location of the magnetic north pole can have an impact on various aspects of amateur radio operation. CQ is planning to publish an article on those effects in an upcoming issue.
Posted by CQ Newsroom at 8:15 AM


The Appellate Division of the New York State Supreme Court (the state's second-highest court) ruled in early January that a town government exceeded its authority and violatd the FCC's requirement for "reasonable accommodation" of amateur antennas by trying to make a local amateur reimburse the town for thousands of dollars in consulting fees in connection with his application to build a tower higher than the town normally permits.

The ARRL Letter reports that the case stretches back to 2013, when Myles Landstein, N2EHG, applied to the Town of LaGrange for a permit to build a 70-foot tower. The town normally allows towers to be no higher than 35 feet. The town tried to make Landstein pay more than $17,000 in consulting fees before considering his application, according to the court, which ruled that the fees were excessive and that a town "may not use its land-use regulatory authority to construct 'hoop after hoop' for the petitioner to jump through in order to erect his antenna tower [and] cannot impose unreasonable expenses so as to create an insurmountable financial barrier to the pursuit of the project."
Posted by CQ Newsroom at 8:07 AM

The National Weather Service has discontinued transmitting storm and high seas warnings over WWV and WWVH, the time and frequency standard stations of the National Institute of Science and Technology. The ARRL Letter reports that the time window allocated by NIST for marine weather warnings did not allow for frequent enough updates or detailed enough reports top help mariners avoid hazardous weather. It also pointed out that the warnings are available via the internet, marine fax and VHF radio.


There is still no definitive word as to whether WWV, WWVB and WWVH will continue to be funded or if they will be shut down in accordance with the Commerce Department's initial budget request for the 2019 fiscal year.

The U.S. International Trade Commission has banned the import of several DMR radio models manufactured by the Chinese company Hytera. According to Newsline, the ITC ruled that the radios infringe on numerous Motorola patents.

Hytera says it is replacing those models with its new "i-Series" products, which it insists do not infringe on any patents.
Posted by CQ Newsroom at 7:09 AM

A digital amateur television (DATV) transmitter that had added pictures to voices during Amateur Radio on the International Space Station (ARISS) contact for more than two years is back on Earth after it stopped working last April and could not be repaired in orbit.

The ARRL Letter reports that the unit was packed aboard a SpaceX-16 Dragon supply ship last December and returned to the surface in mid-January.

ARISS and the transmitter's manufacturer, Kayser-Italia, will try to figure out what went wrong and whether the unit can be repaired or will need to be replaced. The whole process, including all pre-launch certifications for a new or repaired transmitter, is expected to take at least a year.
Posted by CQ Newsroom at 7:05 AM 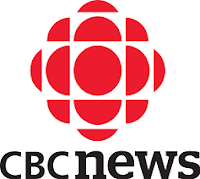 Hams in Newfoundland are facing what the Canadian Broadcasting Corporation (CBC) calls "a different kind of pirate radio situation." CBC News reports that several hams in and around the town of Corner Brook have had their call sign license plates stolen off their vehicles. One ham who was interviewed, Kody Gardner, VO1KJG, suspects it's the work of license plate collectors.

"There's a lot of plate collectors in Newfoundland and Labrador," Gardner told CBC News, "and these plates are fairly rare … So maybe to someone it might be worth a bit of money if they sell it online or something." It was noted that, in these cases, only the license plates were stolen, not any radio equipment that might have been in the vehicles.

The Ham Radio Science Citizen Investigation (HamSci) group has issued a second call for papers for its 2019 workshop, scheduled for March 22-23 at Case Western Reserve University in Cleveland, Ohio. The deadline for submissions is February 10. Lead organizer Nathaniel Frissell, W2NAF, says the theme of this year's workshop is "Ionospheric Effects and Sensing," and that the group is particularly interested in presentations on designs for HamSci's Personal Space Weather Station and instrumentation for measuring impact on propagation of the next total solar eclipse in 2024. Abstracts should be mailed to Frissell at <hamsci@hamsci.org>. Again, the submission deadline is February 10.
Posted by CQ Newsroom at 2:33 PM