The general chairman of the 2017 Dayton Hamvention® announced today that the owners of Hara Arena had decided to permanently close the facility.

However, Ron Cramer said show officials had already been developing contingency plans (Hara's future has been questionable for several years) and that "a great new home" had been lined up, although details were still being finalized. Cramer assured Hamvention vendors and visitors that the event would remain on the same weekend and would still be in the Dayton area.

WHIO-TV reports that Hara will close after its final scheduled event on the weekend of August 27.
Posted by CQ Newsroom at 2:24 PM 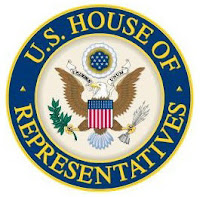 A bill intended to guarantee operating rights to hams living in antenna-restricted communities was reported out of committee in the House of Representatives in mid-July for a vote by the full House. The bill, H.R. 1301 – also known as the Amateur Radio Parity Act – was first amended to replace a requirement for "reasonable accommodation" of amateur antennas with language guaranteeing amateurs the right to use "an effective outdoor antenna."

The amended language is the result of lengthy negotiations between the ARRL and the Community Associations Institute, which represents homeowners' associations, along with key members of Congress. According to the ARRL Letter, Communications and Technology subcommittee chairman Rep. Greg Walden, W7EQI, called the revised bill "a good balance" between the needs of amateurs and homeowners' associations.
Posted by CQ Newsroom at 2:16 PM

Hams in Turkey Still On the Air

A report on a website that hams in Turkey had been forced off the air in the wake of the attempted coup against President Recep Erdogan was quickly denied by Turkish amateurs and as of late July, it appears that hams there are still on the air.


The initial report stated that more than 3000 amateur licenses had been cancelled by the government, along with shutting down many radio and TV stations. However, a denial was quickly posted on VK3HXT's blog, which quoted TA1HZ as saying "the country is now under 'extraordinary circumstances law,' but BTK the Communications Authority, has not released any announcement about ham radio restrictions."

Several days later, TA1E, the president of Turkey's national ham association (TRAC) posted a message on the organization's website saying that no licenses had been revoked and that "ham radio operators are operating normally." The ARRL reported that several Turkish hams had been heard on 10 meters during a July 21 opening to central Europe.
Posted by CQ Newsroom at 2:14 PM