Longtime ARRL Southwestern Division Director Dick Norton, N6AA, has been publicly censured by the League's board of directors for allegedly telling members that he opposes a board policy that prohibits directors from criticizing board policies. Last January, the board adopted a code of conduct for its members that included a prohibition on speaking publicly about votes on issues before the board and on criticizing board actions.

According to the ARRL, Norton repeatedly violated this and other provisions of the code, even after being warned to stop. His actions, the board ruled, drew "the Board's collective decision making into disrepute" and "caused harm to the League." The resolution stated that "Mr. Norton is admonished by the Board that no further, similar behavior will be tolerated." Several amateurs who attended the meeting at which this criticism supposedly occurred have denied that it ever happened, and said that Norton presented the policy in neutral terms and said that he supported it.
Posted by CQ Newsroom at 1:46 PM


The U.S. Court of Appeals for the Third Circuit has upheld a District Court ruling that threw out a lawsuit against the ARRL by Joe Ames, W3JY, the former Eastern Area Manager for the National Traffic System and former Eastern Pennsylvania Section Manager. Ames had sued the League for defamation after it removed him from his NTS post for allegedly making commitments on behalf of the ARRL's message-handling system to the Federal Emergency Management Agency (FEMA) without authorization, and posted an article explaining the action on its website.


According to "Law360," a federal judge dismissed Ames's suit last summer on the basis that the statements in the article were "true on their face." Ames appealed and the third circuit agreed with the district court judge in November, noting that "(t)ruth is an affirmative defense to a defamation claim under Pennsylvania law."
Posted by CQ Newsroom at 1:44 PM

FCC Chairman Thanks Hams for Relief Work in Puerto Rico


Amateur radio operators were among the many people and groups praised and thanked for their help by FCC Chairman Ajit Pai during a two-day visit to Puerto Rico last fall. According to RadioWorld, Pai came to the U.S. territory for a first-hand look at recovery efforts still under way more than a month after the island was ravaged by Hurricane Maria.

According to the report, "Pai praised the efforts of the individuals and companies that have been a part of the recovery effort, including amateur radio operators, broadcasters, cable operators, fixed wireless companies, wireline carriers and mobile providers." The hurricane wiped out virtually all of Puerto Rico's electrical and telecommunications infrastructure.
Posted by CQ Newsroom at 1:42 PM 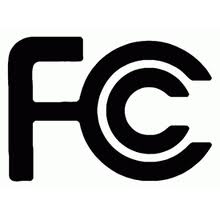 Even though the FCC has refused to consider giving more operating privileges to Advanced Class hams, the ARRL is hoping it will agree to consider expanding the HF privileges currently available to Technicians.

According to the ARRL Letter, League officials will be working on specific proposals for additional HF phone and digital privileges for Technicians, to be presented to the board of directors for consideration at its January meeting. The League's Entry Level Licensing Committee has been looking at ways to further increase the appeal of amateur radio.
Posted by CQ Newsroom at 1:37 PM 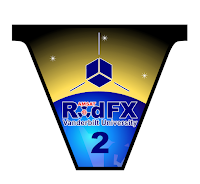 AMSAT's newest amateur satellite - Fox-1B (also known as RadFxSat) - was launched on November 18 from Vandenberg Air Force Base in California, and successfully entered orbit and started transmitting. It has been designated as AMSAT-OSCAR 91.


According to the AMSAT News Service, the cubesat carries a scientific package - developed by Vanderbilt University - designed to measure the effects of space radiation on electronic components. It also includes an amateur FM transponder with an uplink on 70 centimeters and a downlink on 2 meters.
Posted by CQ Newsroom at 1:36 PM

The board of directors of AMSAT-NA has elected Joe Spier, K6WAO, of Reno, Nevada, as the amateur satellite organization's new president. He succeeds Barry Baines, WD4ASW, who stepped down after nine years at the helm. The AMSAT News Service says Spier has previously served as the group's executive vice president and VP for educational relations.


Immediately after assuming office, Spier announced the next phase of AMSAT's cubesat program, abbreviated GOLF for "Greater Orbit, Larger Footprint." Tiny cubesats typically are launched into low Earth orbit and have limited coverage areas. The goal of the GOLF program, according to ANS, is to use and build on proven cubesat technology for satellites to be launched "to a wide variety of orbits, including LEO, Medium Earth Orbit (MEO), Geosynchronous Orbit (GEO), Highly Elliptical Orbit (HEO), or beyond."
Posted by CQ Newsroom at 1:34 PM

Building on the success of its 2016 National Parks on the Air (NPOTA) program, the ARRL has launched a year-long grid square competition. The goal will be to make contacts during the course of 2018 with stations in as many Maidenhead grid squares as possible, using all amateur bands except 60 meters.

The program requires the use of the League's Logbook of the World (LoTW) online contact confirmation system. Grid squares will not need to be exchanged on the air, since each station participating in LoTW enters its grid locator into the system upon registration. Full details are in the December 2017 issue of QST.
Posted by CQ Newsroom at 1:33 PM


Ham radio continued to pop up on TV dramas in November, but was not always shown in a good light. An episode of NCIS used ham radio as a key plot element, but unfortunately portrayed amateurs as societal misfits.


On a more positive note, one of the major characters on MacGyver revealed that his long-deceased father had been an amateur, telling MacGyver that "my dad would have liked you … as long as you didn't take apart his ham radios." MacGyver responded, "You know how much I love taking apart ham radios!" Perhaps we'll get to see him do that on a future episode!
Posted by CQ Newsroom at 1:31 PM


The YASME Foundation in November announced the presentation of five Excellence Awards and one supporting grant for 2017. The awards recognize significant contributions to amateur radio.

According to the ARRL Letter, the five Excellence Awards go to: 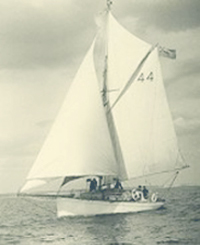 - the Dayton Amateur Radio Association for its smooth transition of the Hamvention® to a newhome on short notice;

- Paul Verhage, KD4STH, and Bill Brown, WB8ELK, for their ongoing leadership of amateur radio high-altitude ballooning programs, and through them, introducing hundreds of students to amateur radio;

- Nathaniel Frissell, W2NAF, and Magda Moses, KM4EGE, for establishing the Ham Radio Science Citizen Investigation (HamSCI) program and sponsoring the Solar Eclipse QSO Party, which YASME says was the largest amateur radio experiment ever conducted;
- the WSJT Development Team, led by Joe Taylor, K1JT, for their ongoing advancements in digital communications; and
- Dale Hughes, VK1DSH, for his work representing the interests of amateur radio at the 2015 World Radiocommunication Conference, where 60 meters was designated as an amateur radio band worldwide.
- In addition, Gary Pearce, KN4AQ, received a supporting grant to help cover his expenses in producing and distributing videos through his Ham Radio Now podcast.
Posted by CQ Newsroom at 1:29 PM

Mario Ambosi, I2MQP, president of Italy's national amateur radio association (ARI) and a 2005 inductee into the CQ Amateur Radio Hall of Fame, became a Silent Key in November. Ambrosi was an active contester and DXer as well as being a prolific author and Editor of ARI's magazine, Radiorivista.