Ham radio is once again proving to be a vital communications resource in disasters, with amateurs supporting relief efforts for both Australia's wildfires and the series of earthquakes that rocked Puerto Rico in January. The ARRL Letter reports that hams in Australia were working with the New South Wales Volunteer Rescue Association in support of the Rural Fire Service. In addition, the Wireless Institute of Australia reports that most of the amateur repeater network in the state of Victoria is off the air, due to a combination of power outages and direct fire damage. 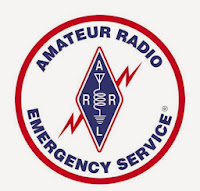 In Puerto Rico, hams are working with the American Red Cross, primarily on the southern part of the island, which has suffered the greatest earthquake damage. In addition, the ARRL reported that it was shipping six VHF/UHF repeater antennas and six 50-foot rolls of LMR-400 coax to help re-establish reliable communications.

At press time, the earthquakes and aftershocks in Puerto Rico were continuing, as were the massive wildfires in Australia.
Posted by CQ Newsroom at 9:06 AM