Region 1 Youth Summer Camp to be Held in Croatia 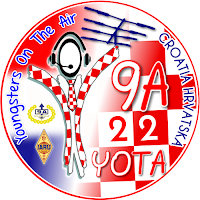 The International Amateur Radio Union's Region 1 youth summer camp is back after a 2-year Covid hiatus, and is scheduled for August 6-13 in Croatia. According to Newsline, attendance is open to amateurs ages 15-25 living in Europe, Africa and the Middle East, along with guests from other parts of the world. Campers will be organized into teams led by a team leader between the ages of 18 and 30. Attendance is limited to 80 total participants. For more information, visit the IARU Region 1 Youngsters on the Air website at <http://ham-yota.com>.

The Youth on the Air program for IARU Region 2 – North and South America – is seeking a host for its 2023 summer camp program. The timeframe would be one week between June 1 and August 15 and the host would need to be able to arrange meeting rooms, event space and lodging for up to 55 campers and staff, along with space for three simultaneously operating HF stations. Detailed information and a host application form are available at <http://youthontheair.org>.

Finally in this month's young ham roundup, May 31 is the deadline for nominating candidates for Amateur Radio Newsline's Bill Pasternak Memorial Young Ham of the Year award. Nominees must be age 18 or younger, living in the continental United States and demonstrating "talent, promise and a commitment to the spirit of ham radio," according to Newsline. Nomination forms may be found at <http://arnewsline.org>. [CQ is a co-sponsor of the Young Ham of the Year award.]
Posted by CQ Newsroom at 12:02 PM