A joint update from ARRL and CQ... 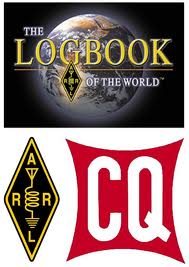 Newington, CT and Hicksville, NY – January 31, 2018 – Beta testing for bringing CQ magazine's Worked All Zones (WAZ) award program into ARRL’s Logbook of the World (LoTW) system has been underway since mid-December and is continuing to move forward, according to officials from CQ Magazine and ARRL, the national association for Amateur Radio.

Some problems in the implementation were discovered by testers and have since been corrected; the documentation has also been improved by feedback from the testers. In parallel, the LoTW server has been executing a background task that creates and populates a WAZ account for each LoTW user.

Beta testing will continue until this background task completes. When all WAZ accounts have populated, LoTW-WAZ will be made available to everyone.
The goal is for amateur radio operators to be able to directly submit LoTW confirmations for WAZ credit.  Standard LoTW credit fees and separate CQ award fees will apply. Logbook of the World is ARRL's electronic confirmation system for amateur radio contacts. It provides a confirmation when both stations in a contact submit their logs to the system and a match between the logs is confirmed. LoTW has supported the CQ WPX Award program since 2012.

ARRL (www.arrl.org), a noncommercial organization of radio amateurs, has a proud history of achievement as the standard-bearer in amateur affairs. ARRL’s underpinnings as Amateur Radio’s witness, partner and forum are defined by five pillars: Public Service, Advocacy, Education, Technology, and Membership.