The amateur radio transponder on the EO-79 "FUNcube" satellite was turned on "for a prolonged period" on March 25, according to the AMSAT News Service. EO-79 is the first FUNcube satellite to carry a single-sideband transponder, as opposed to the more common FM or digital repeater system. Stations transmit up to the satellite on LSB between 435.035 and 435.065 MHz, and listen on USB between 145.935 and 145.965 MHz. Note that as an inverting transponder, transmissions at the lower end of the uplink passband are retransmitted at the upper end of the downlink passband. For more info, visit < http://isispace.nl/HAM/qb50p.html>. 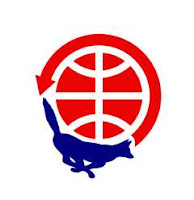 AMSAT-NA's Fox-1C (Fox-1Cliff) and Fox-1D cubesats successfully completed their environmental testing in early February and, at deadline, were waiting to be delivered to Spaceflight Industries for integration onto the Sherpa payload dispenser, which will be carrying them on its first flight to orbit. According to the AMSAT News Service, the satellites are due for launch sometime during the first half of this year aboard a SpaceX rocket.
Posted by CQ Newsroom at 10:52 AM