The Question Pool Committee of the National Conference of Volunteer Examiner Coordinators (NCVEC) has released updated questions for the General Class license exam. According to the ARRL, the new pool contains 432 questions to use in formulating the Element 3 exam for test sessions held between July 1, 2023 and June 30, 2027. The new pool has 22 fewer questions than the current one, representing 73 questions that are being dropped and 51 new ones being added. Other questions and answers are being modified slightly for clarity. The ARRL says the “level of difficulty of questions is more balanced, and the techniques and practices addressed have been updated.” The new pool may be downloaded from <http://www.ncvec.org/page.php?id=369>. 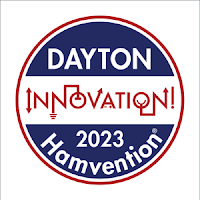 Organizers of the Dayton Hamvention® have selected “Innovation!” as the show’s theme for 2023. According to an announcement from the Dayton Amateur Radio Association, the theme “encompasses in just one word the world of amateur radio today. There are so many exciting ‘Innovations!’ worldwide in amateur radio (that) we want to capture the spirit and we expect to see many of these throughout the coming year and presented at Hamvention ’23.” The 2023 Hamvention is scheduled for May 19-21 at the Greene County Fairgrounds and Exposition Center in Xenia, Ohio.

The OMOTENASHI satellite, built by the ham radio club at the Japanese space agency and launched to the moon by NASA’s Artemis-1 mission, is missing in action but controllers hope to find and re-establish contact with it in March.

According to the club’s website, controllers were initially able to communicate with the satellite but determined that its solar panels were facing away from the Sun and it was spinning very quickly. Attempts to stabilize it appear to have worked but the batteries apparently died before they could re-orient the solar panels. They then lost contact with the satellite but hope it will move into sunlight by March, at which time they will try to locate it and re-establish control.

Its original mission of landing on the Moon will no longer be viable, but the new hope is to demonstrate the ability to communicate with a CUBESAT beyond Earth orbit.

WTWW Signs Off Permanently - Some Programming Moves to WRMI 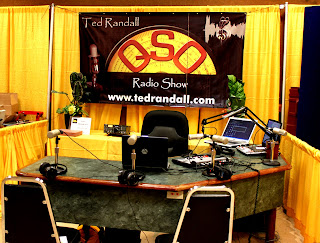 In a surprise move in early November, the owners of shortwave broadcaster WTWW (5085 kHz) abruptly pulled the plug on the station’s radio transmissions, moving exclusively to online streaming.

However, much of the station’s musical and ham radio-related programming, such as Ted Randall’s “QSO Radio Show” and Ria Jairam’s “Ria’s Shack Ham Radio,” quickly QSYed to WRMI in Miami, returning to the airwaves on 9455 kHz under the “WRMI Legends” moniker. Additional frequencies have been added at 4980, 5850 and 9395 kHz. For up-to-date schedule information, visit <wrmilegends.com>.

The new Museum of Information Explosion in Huntsville, Alabama, has received a grant of more than $16,000 from the Amateur Radio Digital Communications foundation to fund the purchase and installation of a state-of-the-art amateur station to go along with its exhibits of classic ham gear.

According to the ARRL Letter, the goal is to juxtapose old and new technology “to illustrate the accelerating evolution of amateur radio.” The station will also provide licensed hams with an opportunity to try out new digital modes without making major financial investment. The station will be staffed and maintained by members of local amateur radio clubs. The museum is expected to open this spring.