Next month will mark the 100th anniversary of the 1921 "Transatlantic Tests" that marked the beginnings of international shortwave communications via amateur radio, and many events and activities are planned to mark the occasion, including an article here in CQ next month.

The ARRL and RSGB (Radio Society of Great Britain) are jointly sponsoring several events, according to the ARRL Letter. The first will be the Transatlantic Centenary QSO Party on 16 meters between 0200 and 0600 UTC on December 12, the date on which ARRL's Paul Godley, 2ZE, at a station set up in Androssan, Scotland, successfully received the signals of several amateur stations in North America. The first was 1BCG in Connecticut, operated by members of the Radio Club of America. For the centennial, the ARRL will have W1AW on Top Band and the RSGB, along with the GMDX Group (see last month's DX column) will operate GB2ZE from Scotland. All participants will be able to download a certificate and a special prize will be awarded to the first stations in both North America and the UK to contact both special event stations.

In addition, the Crocodile Rock Amateur Group (CRAG) will operate GB1002ZE from its base near Androssan between December 1 and 26, and all amateurs in the UK and Crown Dependencies have been authorized during that time period to add "/2ZE" after their call signs. For information on additional activities, visit <www.arrl.org/transatlantic> or <www.rsgb.org/transatlantic-tests>.

Finally, the Antique Wireless Association has been busy refurbishing a replica of the transmitter used on the Connecticut end of the Transatlantic Tests at 1BCG, and plans to have it on the air December 11 from a location near the original 1BCG station.

The Norwegian group organizing the 3Y0J DXpedition to Bouvet Island scheduled for next year has received grants from multiple amateur radio organizations in support of its efforts. The ARRL has donated $5000 to Amateur Radio DXpeditions, the trip's sponsor, according to the ARRL Letter. This follows grants of $15,000 from INDEXA, 10,000 Euros from the German DX Foundation, and $100,000 from the Northern California DX Foundation. The DX column in the November issue of CQ contains a comprehensive report on planning for the adventure by expedition co-leader Ken Opskar, LA7GIA.

Meanwhile, the Intrepid DX Group, which originally planned this expedition but had to cancel it when "Braveheart" captain Nigel Jolly, K6NRJ, put the vessel up for sale, reports that the boat now has a new owner who has promised to continue to make it available for amateur radio DXpeditions from its future base in Ushuaia, Argentina.

Covid Continues to Cause Cancellations

The ongoing Covid-19 pandemic has prompted additional cancellations. The ARRL Letter reports that the Japan Amateur Radio League, JARL, has reluctantly decided to cancel the 2021 Tokyo Ham Fair, which is the world's largest hamfest (yes, even bigger than Dayton).

In addition, AMSAT changed its October 30, 2021 annual symposium and general meeting  from in-person to virtual. It was scheduled to be held on Zoom and livestreamed on YouTube at <https://youtu.be/RTvcceM7Tz0>. The AMSAT News Service also reported that the event had been renamed the 2021 AMSAT Dr. Tom Clark, K3IO, Memorial Space Symposium and Annual General Meeting in memory of its former president and satellite pioneer, who died in late September (see next item for more on K3IO).

Inaugural CQ Amateur Radio Hall of Fame member Dr. Tom Clark, K3IO (formerly W3IWI), became a Silent Key on September 28 at age 82. Clark was a leading authority on Very Long Baseline Interferometry, a key player in the development of the Global Positioning System (GPS) and a pioneer in amateur radio digital and satellite communications. As a founding member of TAPR (Tucson Amateur Packet Radio), the AMSAT News Service reported, Clark was a leader in developing the AX.25 digital protocol on which all amateur packet radio is based. He was also AMSAT's second president and was instrumental in developing much of the hardware that flew on multiple amateur satellites. He spent his professional career at NASA.

There will be total eclipse of the sun over Antarctica on December 4, but the HamSCI citizen science group is asking amateurs around the world to help collect data on changes it causes in radio propagation. According to the ARRL Letter, it is expected that the shadow of the moon crossing over Antarctica will generate traveling ionospheric disturbances, or TIDs, that will in turn affect propagation.

Hams and shortwave listeners with HF radios connected to computers are asked to collect Doppler-shift data from WWV or other time-and-frequency standard stations between December 1 and December 10 and report the data to an internet site. Complete details and additional information on the Antarctic Eclipse Festival are available at <www.hamsci.org/festivals>. 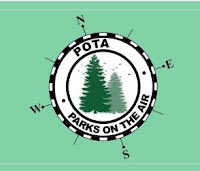 The Parks on the Air organization, POTA, has announced the addition of more than 1000 parks to its list of accredited locations. According to a report on Newsline, a small group of volunteers has spent the last several months examining user requests for new park accreditations and adding those that meet the criteria to the system list.

The organization also announced the formation of a formal help desk, staffed by a rotating group of volunteers, to provide technical support to POTA participants. The desk may be reached at <help@parksontheair.com>. For general information about the program, visit <parksontheair.com>; maps, spotting, leaderboards, etc. are at <pota.app>.

Radio Silence on the Far Side of the Moon

No, this isn't science fiction. It's about anticipated radio astronomy activities from the dark side of the Moon. The AMSAT News Service reports that the International Telecommunication Union has designated a "Shielded Zone of the Moon," and the related Space Frequency Coordination Group has proposed banning all radio transmissions in that region between 300 MHz and 2 GHz, in order to protect radio astronomy.

Amateurs in certain British territories in the South Atlantic have been in call sign limbo since 2017, but a regional news service reports that an agreement has finally been reached to resolve it. According to a report from Merco Press, an "administrative oversight" in the new Falkland Islands Communications Ordinance adopted four years ago did not permit the issuance of VP8 calls for amateurs in former Falklands dependencies, but also did not provide for assignment of any other prefixes.

Now, according to the report, after several months of negotiations between Britain's communications regulator, Ofcom, and regulators in affected areas, Ofcom has authorized the use of the VP0 prefix for these territories, while VP8 will be assigned only in the Falklands. The report says legislation will need to be enacted before any of this takes effect. Once finalized, VP0 calls will be issued for amateurs operating in the British Antarctic Territory, the South Orkney Islands, South Shetland Islands, South Georgia and the South Sandwich Islands. All would be 2x3 calls; and currently-issued VP8 calls for the former dependencies will remain valid until new VP0 calls are issued.

The Intrepid-DX Group has extended the submission deadline for its 2021 Youth "Dream Rig" Essay contest to November 15. Young hams age 19 or younger are invited to submit a two-page essay on how amateur radio can "evolve to remain relevant in the age of the Internet." Those who submitted essays last year are invited to do so again.

The winner will receive a new ICOM IC-7300 transceiver, as long as he/she agrees to use the radio on the air and not to sell or trade it for at least one year. Submissions should be in text or Microsoft Word files and should be emailed to <intrepiddxgroup@gmail.com> by November 15. Questions should be directed to <pauln6pse@gmail.com>. The winner will be announced on December 1.


The Amateur Radio on the International Space Station (ARISS) program has received high-level recognition from NASA.

In a post on LinkedIn, Kathryn Lueders, the agency's Associate Administrator for Human Exploration and Operations, said ARISS has been connecting classrooms on Earth with astronauts on board the space station for more than 20 years, noting that in preparation for their contact, "students explore a variety of STEM activities through space exploration, radio communication and wireless technologies." In addition, she said "the ARISS program plays an important role in inspiring … and encouraging students to pursue STEM careers."

The newest crew on the International Space Station will all be hams. They are scheduled to fly aboard a SpaceX rocket in late October or early November for a 6-month stay on the ISS.

Two cubesats from Australia and two from the Philippines were deployed into orbit from the International Space Station on October 6. They are Australia's Binar-1 (digital; uplink and downlink both on 70 centimeters) and CUAVA-1 (also digital, but operating on multiple bands between 145 MHz and 76 GHz); plus Maya-3 and -4 from the Philippines (downlink only, APRS, CW and GMSK, 2 meters and 70 centimeters). Their launches were coordinated by the Japanese space agency, JAXA.

Amateur Radio Digital Communications (ARDC) has given a $23,000 grant to ARESLAX, the Amateur Radio Emergency Service group in the ARRL Los Angeles section, to help it purchase equipment to better track down sources of radio frequency and other forms of electromagnetic interference.

According to the ARRL Letter, the grant money was used to buy a Fluke ii910 precision acoustic imager, which can pinpoint source of interference and produce photographic evidence. The ARES group also used its own funds to purchase a Radar Engineers 243 RFI Locator, and group members have been learning how to use them. Section Technical Specialist Chris Parker, AF6PX, says he believes ARESLAX now has RFI/EMI locating abilities that exceed those of area utility companies.

A group of aspiring actors and filmmakers in Oklahoma wanted to make a film about an imaginary technological disaster (starting when the sun doesn't come up one morning, and power, telephones, the internet and satellites are all down) in which amateur radio plays a starring role.

The group from the Young Actors Workshop "Camp Hollywood" visited the Edmond Amateur Radio Society's 2021 Field Day operation, looking for someone with film or video experience who could serve as a technical advisor. According to the ARRL Letter, they found ARRL Oklahoma Section Manager (and Public Relations Committee member) Kevin O'Dell, N0IRW, who met those qualifications. He not only consulted on the script and helped assemble radios and props, but ended up in the film as the voice on the radio who responds to the young actors.

Their short feature film, NIGHT, runs 34 minutes and may be viewed on YouTube at <www.youtube.com/watch?v=Kf1Q4tS32Ww>.