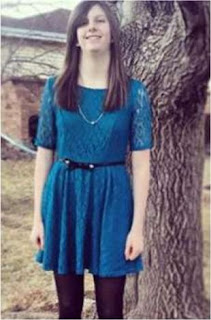 Fourteen-year-old Anna Veal, W0ANT, of Littleton, Colorado, has been named the winner of both the 2015 Newsline Young Ham of the Year award and the ARRL's Hiram Percy Maxim award.

Veal, whose parents are both hams, has been licensed since age 8 and holds a General Class ticket. She started a ham radio club in her elementary school and is now president of her high school ham club. Anna has been a presenter at the Radio Club of America youth forum and took part in the TI5 Youth DX Adventure program in Costa Rica.


As Newsline Young Ham of the Year, Anna will receive radio equipment from corporate co-sponsors Yaesu, Heil Sound and RadioWavz, as well as a week at Space Camp, courtesy of CQ. The ARRL's Maxim award of $1500 recognizes young people who provide leadership in amateur radio.

W0ANT is scheduled to receive the Young Ham of the Year award at the Huntsville Hamfest in August.
Posted by CQ Newsroom at 8:38 PM