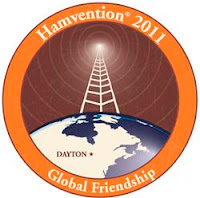 The Dayton Amateur Radio Association has named the winners of its prestigious Hamvention® awards for 2011. Shirley Roberts, N8LX, of Dayton, was named Amateur of the Year (see our profile of Shirley in the May issue of CQ); Roy Lewallen, W7EL, will receive the Technical Excellence Award for his development of EZNEC antenna modeling software; the Special Achievement Award goes to Fred Lloyd, AA7BQ, founder of QRZ.com, and the Albemarle Amateur Radio Club of Charlottesville, Virginia, was named Club of the Year. The awards will be formally presented at the Dayton Hamvention® in May.
Posted by CQ Newsroom at 10:21 AM