Speaking of radio pirates … the FCC has cited Lyle Hilden, KD6LUL, of Vista, California, for allegedly 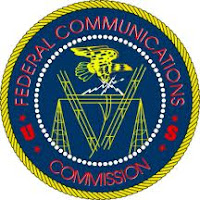 operating an unlicensed FM broadcast station. According to the ARRL Letter, the FCC's Notice of Violation said agents had traced signals to Hilden's residence whose field strength "greatly exceeded … the maximum permitted" on an FM broadcast frequency without a broadcast license. Hilden was given 20 days to present his side of the story to the FCC along with providing "all relevant surrounding facts and circumstances."


In a separate matter, the FCC has gone to federal court to try to collect a fine imposed two years ago on a ham in western Pennsylvania. According to court documents, the FCC in 2015 fined Brian Crow, K3VR, of North Huntingdon, Pennsylvania $11,500 for allegedly causing deliberate interference on 14.313 MHz. Apparently, the fine remains unpaid and the Commission decided to take the matter to federal court to force payment.
Posted by CQ Newsroom at 11:29 AM