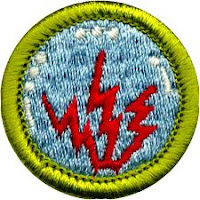 Amateur Radio Direction Finding - also known as ARDF or "foxhunting" - is being added as an option for Boy Scouts working toward the Radio Merit Badge, according to the ARRL Letter. The option reportedly will combine foxhunting with orienteering.

Other new options being added once the new Boy Scout requirement pamphlet is published include cell phones and different types of radio modulation. They will replace requirements dealing with open, closed and short circuits, as well as components and schematic diagrams, as they are already included in requirements for the electricity and electronics badges.

An ARDF course is planned for this summer's National Scout Jamboree in West Virginia.
Posted by CQ Newsroom at 2:49 PM