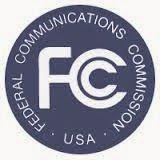 The FCC has turned down a request from Expert Linears America, LLC, for a waiver from Part 97's current rule that sets maximum gain for an HF linear amplifier in the ham radio HF bands to 15 dB. The company sought the waiver in order to be able to sell an unmodified version of its Model 1.3K FA amp in the U.S. while the FCC was considering its petition for rule making requesting elimination of that limit. That proceeding is still pending.

Most of the comments on the waiver request supported it but the Commission was persuaded by comments in opposition from FlexRadio, contending that a waiver limited to one specific company and one specific product would give that company an unfair advantage in the marketplace.

The Commission concluded that granting the waiver while it was still considering the rulemaking request "would prejudice the rulemaking proceeding" and "would provide an unfair market advantage for one equipment model over other manufacturers' RF power amplifiers that would still be limited" by the current rule. It said the public interest is best served by letting the FCC give "full consideration" to the pending rulemaking and "applying the result of the rulemaking proceeding to all Amateur Radio Service equipment."
Posted by CQ Newsroom at 8:23 AM