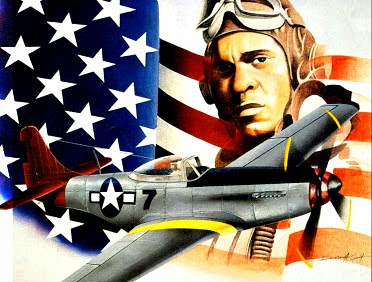 Tuskegee Airman and longtime ham George Mitchell, K6ZE, of San Diego, California, became a Silent Key in September at age 94. According to the ARRL Letter, Mitchell was part of the group of Tuskegee veterans who belatedly received the Congressional Gold Medal in 2007 for their service in World War II.

Also joining the roster of Silent Keys in September and October are Fred Gissoni, K4JLX, a blind ham who was a pioneer in developing adaptive technology for people with visual impairments; and Les Mitchell, G3BHK, who founded Scouting's Jamboree On The Air (JOTA) in 1958. Mitchell's death came just weeks before the 2014 JOTA on October 18-19.
Posted by CQ Newsroom at 6:46 AM