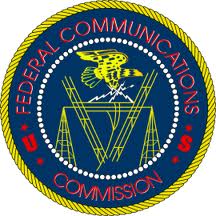 Chief of the Commission's Enforcement Bureau. According to an FCC announcement, LeBlanc is returning to Washington from California, where he has been a top deputy and senior advisor to the state's Attorney General, specializing in technology regulation, telecommunications, high-tech crime and cyber-security, among other subjects.

The ARRL is planning to use the arrival of new leadership at both the Enforcement Bureau and the Commission to try to bring top-level attention to bear on a perceived lack of enforcement in the Amateur Service in recent years. In an open letter to ARRL members in the Hudson Division, Division Director and ARRL Executive Committee member Mike Lisenco, N2YBB, noted that Chairman Wheeler, in announcing LeBlanc's appointment, said that "the credibility of the Commission's rules depends on its enforcement activities," said the League is planning to meet with FCC staff and commissioners to discuss enforcement issues and asked members to supply him with specific reports of rules violations that have been reported to the FCC but have not been addressed. Lisenco noted that the change in leadership provides "a golden opportunity to … attempt to change the current regulatory environment from being virtually non-existent to one that supports us."