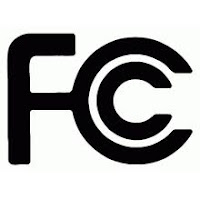 The FCC has granted the ARRL's request to allow certain TDMA transmissions on the amateur bands, but denied a petition for reconsideration of the Commission's earlier decision on Broadband over Power Lines, or BPL.

According to the ARRL Letter, the FCC OKd a temporary waiver to permit the use of single-slot Time Domain Multiple Access transmissions on amateur frequencies above 30 MHz. A proposal to permanently authorize amateur use of this digital mode is currently pending before the Commission, suggesting that its eventual approval is likely.

The Letter also reports that the FCC has again denied an ARRL Petition for Reconsideration of its ruling on BPL. The Commission said the petition did not "raise new arguments based on new information … nor does it demonstrate any errors or omissions in the Commission's previous decisions." The ARRL says it will continue to "vigorously guard against the abuse and pollution of the radio spectrum in the use of BPL technology."
Posted by CQ Newsroom at 1:25 PM