Radio amateurs from around Southern California, across the nation and from many foreign countries converged on the Marriott Hotel in Torrance, California for HAMCON 2011, the ARRL Southwestern Division Convention, September 9 to 11.

Here are a dozen snapshots from the convention, which saw a lot of action both during the many scheduled presentations and in the vendor display area.

(For an enlarged view, click on each photograph. - Ed.) 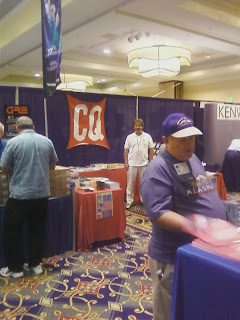 Above, Chip Margelli, K7JA, CQ Communications Advertising Director, represents the organization over the convention weekend. A goal: To get feedback from readers of CQ Amateur Radio, Popular Communications, CQ VHF and WorldRadio Online magazines and the many books and CDs in the company's line. Here, in a natty white CQ-logo'd outfit with gold shoes, Margelli stands ready for the early Saturday onslaught. 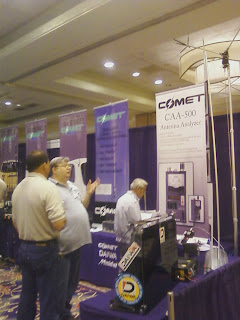 Traffic on the vendor floor quickly increased as attendees hurried inside to get out of rain showers that dotted the Los Angeles area. All day, interest at the Comet Antennas booth was high. 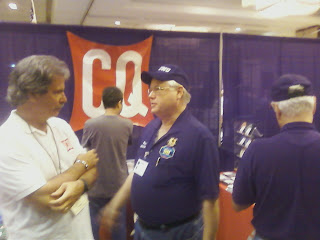 It did not take long for Margelli to power into "chat" mode, drawing valuable input from booth visitors about CQ Communications publications. 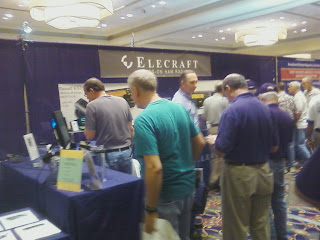 Elecraft Radio's booth is always a convention favorite, and the ARRL SW Division event was no exception. Elecraft co-founder Eric Swartz, WA6HHQ, (blue shirt with back to camera in foreground) looks down on his computer screen before wading into the crowd to answer questions. 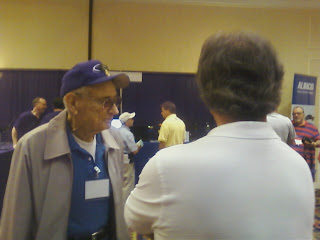 Margelli, constantly on the move, chats with another visitor in the CQ Communications booth. Unlike many chatting pros, K7JA is as comfortable with his back to the camera as he is facing it. 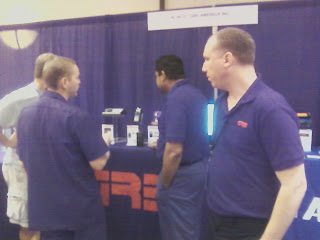 The guys at GRE had their hands full with a steady stream of interested visitors during the convention. That's Campbell Wittliff, GRE sales account manager, in the foreground. On the right in the background is Raj Gounder, K6GRE, director of sales, speaking with curious convention attendees. 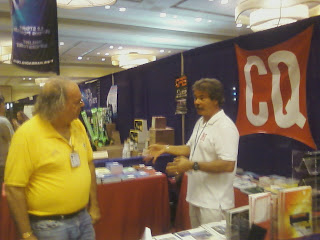 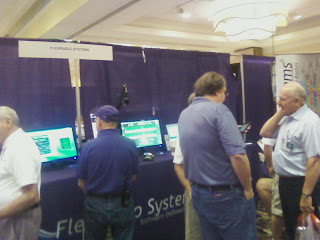 FlexRadio Systems had an impressive booth at the 2011 SW Convention near Los Angeles, with multiple flat screens set up for convention visitors to see what the company's software-defined radio (SDR) products can do. 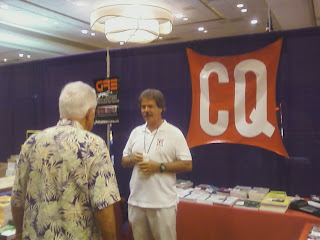 Hawaiian shirts seem to captivate K7JA, as this photograph clearly shows. These old friends eventually got back to gabbing about amateur radio, though, before saying "aloha." 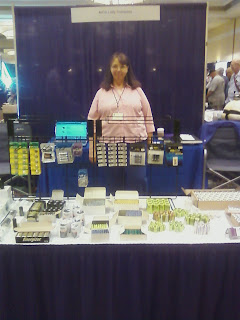 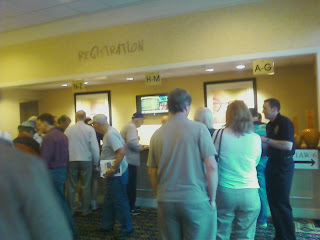 They were lined up mighty deep at the HAMCON 2011 registration desk as K7JA's convention presentation about emergency antennas approached. When not chatting in the CQ Communications booth, Margelli was chatting with attendees in one of the conference rooms. 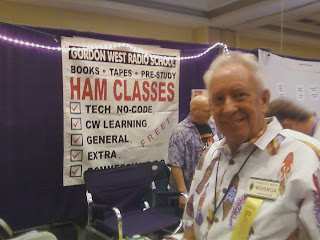 Gordon West, WB6NOA, had only a few seconds to spare to pose for a photograph as he managed the throng at the Gordon West Radio School booth at HAMCON 2011.