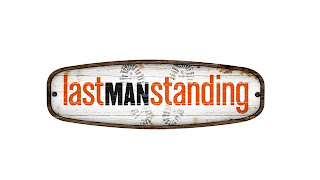 "Last Man Standing," the ABC-TV comedy starring Tim Allen, has been renewed for a third season, according to the program's producer, John Amodeo, NN6JA. In the program, Allen's character is a licensed amateur and has stations set up in his office and his basement, both of which are regularly seen (especially the office station). The use of amateur radio was featured on a recent episode, and Amodeo says he anticipates that it will be included in at least one episode next season as well.

He also revealed that the character of Mandy Baxter, who was operating her father's radio but did not identify with a callsign, will be properly (if fictionally) licensed next season, as KF0XIE. Amodeo brought some of "Mandy's" QSL cards to the Dayton Hamvention® in May.

An article by Amodeo on the making of this past season's episode featuring ham radio will appear in the July issue of CQ magazine.
Posted by CQ Newsroom at 9:16 AM