Hurricane Delta was about to make landfall in Louisiana on October 9, in roughly the same area that had been devastated just weeks earlier by Hurricane Laura. Several amateur radio nets were gearing up to provide data to the National Hurricane Center as well as post-storm emergency and disaster communications.

The Hurricane Watch Net activated the day before the storm hit, and the ARRL Letter reported that WX4NHC, the ham station at the National Hurricane Center, was also on the air, along with the Salvation Army Team Emergency Radio Network (SATERN) and Louisiana's Amateur Radio Emergency Service (ARES).

In addition, the Federal Emergency Management Agency (FEMA) announced that it would permit amateur stations to communicate with government stations on two 60-meter channels - Ch. 1 (5330.5 kHz USB) for voice and Ch. 2 (5346.5 kHz USB) for digital communications.

The continuing Coronavirus pandemic has prompted the cancellation of the 2021 Orlando Hamcation® next February. The Hamcation was also going to be hosting the 2021 ARRL National Convention.

According to the ARRL Letter, the decision was made jointly by the Orlando Amateur Radio Club and the ARRL. Both events have been rescheduled for February 10-13, 2022. Hamcation was the only major U.S. hamfest held in 2020, coming just before the pandemic prompted restrictions on travel and large gatherings. 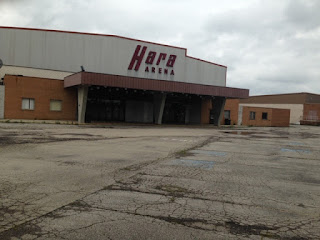 MF/LF Bands Now Have Their Own WSJT-X Protocols 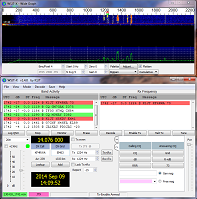 Two new digital protocols designed specifically for the 630-meter and 2200-meter bands are included in the latest "candidate release" of the WSJT-X software suite. The ARRL Letter reports that test transmissions of FST4 and FST4W in recent months have resulted in many intercontinental contacts on the bands. FST4 is for two-way contacts and FST4W is designed for beacon-type transmissions such as WSPR (Weak Signal Propagation Reporter - see this month's "Digital Connection" column for more on WSPR). Developers say current users of other WSJT modes should find using the new modes to be straightforward.
Posted by CQ Newsroom at 3:55 PM