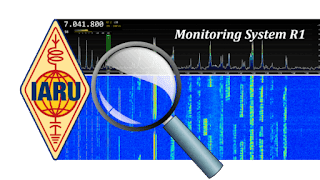 There has apparently been a population explosion of over-the-horizon radar transmissions on the HF ham bands. (The first of these, back in the 1980s, was known as the Russian woodpecker, due to its presumed origin and its sound that resembled a woodpecker hammering on a tree.)

The ARRL Letter reports that the International Amateur Radio Union's Region 1 Monitoring Service says about 60% of recent complaints of HF interference can be traced back to these radar systems. The service says it is most likely that there are only a few signal sources but that they change frequencies very often, so the QRM is spread across the band.