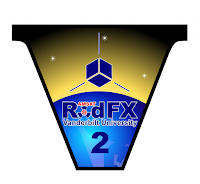 A reminder of both the possibilities – and the perils – of launching satellites into space. AMSAT-OSCAR-109, launched January 17 as RadFxSat-2, was a passenger aboard the first non-experimental flight of Virgin Space's LauncherOne vehicle. LauncherOne is a rocket fired from an airplane at roughly 35,000 feet, reducing the need for fuel (read weight) and thrust to escape Earth's gravity and deliver payloads to orbit. That part of the launch went well, as did the automated deployment of multiple satellites once LauncherOne was in space.

But the beacon transmitter from RadFxSat-2, a joint effort between AMSAT North America and Vanderbilt University, did not start transmitting on schedule and it took several days before Brad Schumcher, W5SAT, reported being able to copy his own CW signal weakly retransmitted from the satellite's linear transponder. Once it was confirmed that the satellite was at least partially functioning, it was re-christened as AMSAT OSCAR 109 (AO-109). According to the AMSAT News Service, controllers were still trying to detect a beacon signal which, if present, would include telemetry with information about the state of various systems on the satellite. There's no word yet as to the state of Vanderbilt's radiation experiment which is part of the satellite's payload.