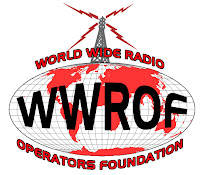 Twenty-two-year-old Philipp Springer, DK6SP, has been named a director of the World Wide Radio Operators Foundation, which provides logistical support for CQ-sponsored contests and others. He succeeds longtime board member Dennis Motschenbacher, K7BV, who stepped down. According to WWROF, Springer has been a ham since age 10, is a member of the International Amateur Radio Union Region 1 Youth Working Group and coordinates the Youngsters on the Air (YOTA) program in Germany. He was also a youth participant in the 2018 World Radiosport Team Championship (WRTC 2018) held in Germany.


We are sad to report the passing of frequent CQ contributor Bill Sexton, N1IN. After retiring from a long career in journalism, much of it spent at New York's Newsday newspaper, Bill became the Public Affairs Officer for Army MARS. According to Newsday, he was honored with the Presidential Lifetime Achievement Award in 2017. Bill was 91.
Also joining the list of Silent Keys this month is former CQ FM Editor Glen Zook, K9STH. Glen was the magazine's first FM Editor, penning the column from 1971-73, just as VHF FM operation was beginning to take off. More recently, Glen was a content moderator on QRZ.com.
Posted by CQ Newsroom at 1:57 PM