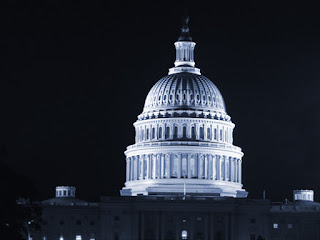 Despite unanimous passage by the House of Representatives, the objections of a single U.S. senator prevented final Congressional approval of HR 1301, the so-called Amateur Radio Parity Act, which would have directed the FCC to draft rules requiring homeowners' associations to permit amateurs to put up some form of outdoor antenna.

The bill passed the House after the ARRL and the Community Associations Institute (CAI), which represents homeowners' associations, agreed on revised language that allowed both groups to support the measure.

In the Senate, however, the objections of one member – Sen. Bill Nelson of Florida – prevented the bill from coming to the floor for a vote before the 114th Congress ended in December.

According to the ARRL Letter, Nelson considered the CAI's support as "irrelevant," and continued to oppose the bill despite multiple meetings with ARRL representatives and thousands of e-mails, letters and phone calls from constituents. (It is noteworthy that Florida has the nation's second-largest ham population and perhaps the greatest concentration of homeowner association-controlled communities as well.) The ARRL board of directors was planning to discuss its options for the bill at its January meeting.

(Editorial comment: In our view, the ARRL did everything right in its efforts to secure passage of this bill and provide a legal framework for requiring homeowners' associations to permit outdoor amateur antennas. We encourage our readers in Florida to continue putting pressure on Sen. Nelson to drop his objections, presuming that a new version of the bill will be re-introduced in the 115th Congress.)
Posted by CQ Newsroom at 8:55 AM