On February 23, former QST Editor and ARRL General Manager John Huntoon, W1RW, passed away at age 97. Huntoon joined the ARRL staff in 1939, prior to the outbreak of World War II, left to serve in the Coast Guard and returned after the war. He represented the League at various international conferences in the 1940s and '50s, became Assistant General Manager in 1956 and General Manager - then the League's top staff position - in 1961. He retired from that position, whose responsibilities included being QST editor, in 1975. 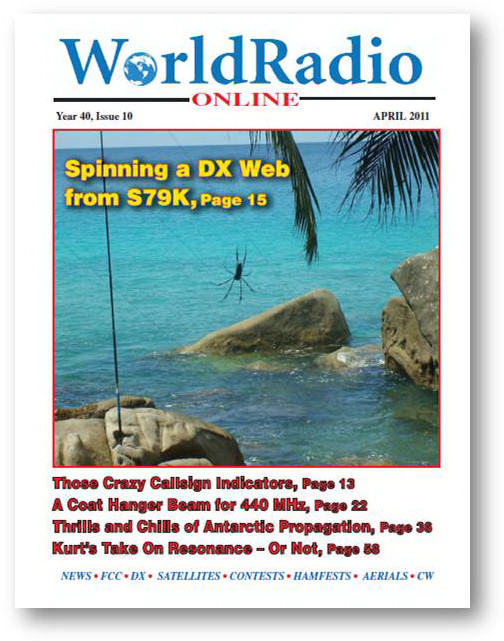 Nancy Kott, WZ8C, became a Silent Key March 2 at age 58, following years of medical problems. Nancy was the last editor of the print edition of WorldRadio magazine and the first editor of WorldRadio Online, shepherding the magazine through its transition to a digital-only format. She was also a strong advocate of Morse code, heading the U.S. chapter of the FISTS CW Club until her passing. All of these activities were in addition to her "day job" as a field representative for U.S. Centers for Disease Control and Prevention (CDC).

CQ offers its condolences to the families and friends of both John and Nancy.