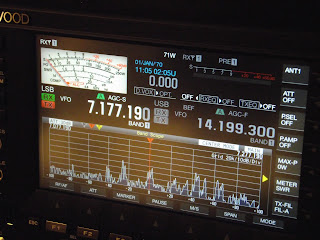 Iceland has joined the growing list of countries permitting amateurs to operate on 472-479 kHz, as a result of action at last year's World Radiocommunication Conference to create a worldwide secondary amateur allocation on the band. The ARRL Letter reported that the new privileges became effective on January 16. Still no FCC action to establish an amateur allocation on these frequencies in the U.S.

Newsline reports that hams in Greenland and Sweden have new or expanded access to the 60-meter (5 MHz) band, and the ARRL says amateurs in Australia may lose their privileges on 2300-2302 MHz. The Wirelesss Institute of Australia is opposing the move, claiming it will cut off Australian hams from pursuing Earth-Moon-Earth (EME) contacts on the band with hams in other parts of the world.
Posted by CQ Newsroom at 11:52 AM