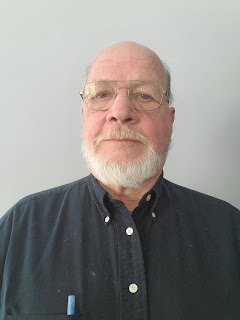 Ferguson holds an Extra Class license and has been a ham since 1962. He says emergency communication is in his blood, noting that his father had been the RACES Radio Officer for the town in northeastern Pennsylvania where he grew up. Ferguson says EmComm has been his primary ham radio interest from the start, and he was involved in communications response as a teen for several floods of the Susquehanna River.

Currently Auxiliary Communications Leader (ACL) for the AUXCOMM program at the Sussex County, Delaware, emergency operations center, Ferguson has previously served in many roles in ARES and RACES, including as ARRL Section Emergency Coordinator for Delaware. "One way or another," he says, "I've been the amateur radio contact for the EOC since the mid-80's."

"John has had a lifetime focus on emergency and disaster communications," noted CQ Editor Rich Moseson, W2VU, adding, "We are grateful for his willingness to share his knowledge and experience with CQ readers."

Ferguson hopes those readers will want to be active participants in the column, noting, "I will strive to make the column responsive to the readers. I will solicit their ideas for topics and answer questions that appear to be of general interest."

Ferguson's first column appears in the June, 2022, issue of CQ.