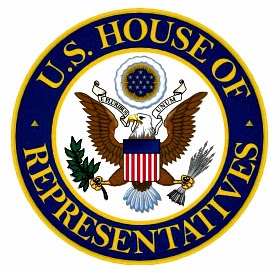 The ARRL is urging hams to contact their local representatives in Congress to request their support for - and ideally, co-sponsorship of - HR 4969, a bill that would require the FCC to extend so-called "PRB-1" protections to private land use regulations. For nearly 30 years, the FCC has required that local governments "reasonably accommodate" amateur radio operations. But it has consistently refused to apply that requirement to homeowner association rules and/or restrictive covenants, also known as CC&Rs, without a specific mandate from Congress. This bill, if passed, would provide that mandate, giving the FCC four months to change Part 97 rules to include private land use regulations.
According to the ARRL Letter, the bill was introduced jointly by Reps. Adam Kinzinger (R-IL) and Joe Courtney (D-CT). It was referred to the House Energy and Commerce Committee, where it would first be considered by the Communications and Technology Subcommittee, which is chaired by Rep. Greg Walden (R-OR), who is also W7EQI.

New rules regarding former hams wishing to be relicensed, and remote administration of license exams, took effect on July 21, a month after publication of the FCC's rulemaking decision in the Federal Register. Under the new rules, former hams who held General, Advanced or Extra Class licenses and who want to return to the hobby will need only to pass the Element 2 Technician exam. Once they have done that, their expired license will provide them with credit for whichever additional test elements they had previously passed. The rule changes also authorize remote administration of amateur license exams, with details to be left to Volunteer Examiner Coordinators (VECs), and give final approval to the use by hams of certain type of Time Division Multiple Access (TDMA) digital modes. These had already been permitted under a blanket waiver issued while the rule change was pending.

The FCC is proposing an increase of nearly 35 percent  in the fee for issuing or renewing a vanity callsign during the upcoming fiscal year. According to the ARRL Letter, the current fee is $16.10 for a 10-year license term; under the proposal for Fiscal Year 2015, it would increase to $21.60. The $5.50 hike is one of the largest in many years. The FCC was expected to make a final decision on its FY'15 fees in early August, with the new fees taking effect about a month later.

For the first time in its 28-year history, Newsline's Young Ham of the Year judging committee declined to name a winner this year, citing the small number of nominations received. (The committee, on which CQ Editor W2VU serves, also felt that the nominations received did not have sufficient supporting documentation to permit well-informed decision-making.) CQ is a corporate co-sponsor of the Young Ham of the Year Award, along with Yaesu and Heil Sound.

FCC Closes the Book on K1MAN

The long and winding road surrounding the renewal of Glenn Baxter's amateur license has come to an end after nearly a decade. Baxter, who held K1MAN, was a frequent thorn in the side of the FCC, which had cited him multiple times for a variety of alleged rule violations, including transmissions in which he had a financial interest, causing interference to other stations and failing to exercise control of his station.
His license expired in October, 2005, according to the ARRL Letter, but the FCC deferred action on his renewal application, eventually designating it for a hearing (in 2011), and fining him $10,000 for rules violations. Baxter did not pay that fine, and that became the basis for the FCC's June 23 decision to deny his license renewal, exercising its "Red Light Rule," which states that it may dismiss a license application if the applicant has an unpaid debt to the Commission.

The government of Spain has authorized its hams to use one of three special prefixes to mark the decision in June by King Juan Carlos, EAØJC, to abdicate in favor of his son, now King Felipe VI. According to the ARRL Letter, between June 18 and September 18, hams with EA prefixes in their calls may use the AMØ# prefix (e.g., EA9CD would be AMØ9CD); calls beginning with EB may be identified as ANØ# (e.g., EB7DX would be ANØ7DX) and those with EC calls may substitute AOØ# (you get the idea). (It's a boon for WPX enthusiasts, but may just be confusing for the rest of us!)

A new fleet of satellites launched late last year by the European Space Agency has begun mapping changes in our planet's magnetic field, which protects Earth from some of the sun's most dangerous radiation. Newsline reports that the first set of high-resolution results from the "Swarm" satellites, covering a six-month period, shows a general weakening of the magnetic field, particularly over the western hemisphere (although it has strengthened over the Indian Ocean), and that it is generally moving northward.
Of course, six months worth of data is not sufficient to draw any conclusions about whether we are seeing a long-term decline in the strength of the Earth's magnetic field or whether we are just beginning to be able to measure normal fluctuations in field strength and density.

ARRL Centennial Station QSLs to be Routed Through Bureaus

The ARRL is asking the individuals and groups that operate its incoming QSL bureaus to deliver confirmations later this year from commemorative stations active for the League's centennial celebrations. This includes W1AW/x operations around the country, W100AW and ARRL headquarters staff station W1HQ. According to an e-mail sent to the bureaus by Membership Services Manager Dave Patton, NN1N, hams who want to receive their "AW" cards "via the bureau" would need to sign up on a special web page on the ARRL website.

Halfway to the Brendan Trophy

A group of Canadian hams has succeeded in bridging the Atlantic on 2 meters, the first step in its quest to win the Brendan Trophy, offered by the Irish Radio Transmitters Society for the first two-way transatlantic contact on 144 MHz. On July 6, an FSK441 transmission by the "Brendan Quest" team operating VC1T from Pouch Cove, Newfoundland was successfully decoded in England by G4SWX. Attempts to complete a two-way QSO were not successful, but the group believes the one-way reception should qualify it for the "Brendan Plate," one of three related awards offered by IRTS.
VC1T was transmitting 750 watts to a 43-element rope Yagi with a boom length of 30 meters (98-1/2 feet) with nearly 24 dB of forward gain. G4SWX's station is 3828 kilometers (2380 miles) from the VC1T transmitter site. (And you thought 2 meters was only good for local contacts!)
At the other end of the spectrum, VLF experimenter Dex McIntyre, W4DEX, successfully spanned the Atlantic in early June with signals transmitted on 8.971 kHz. According to the ARRL Letter, McIntyre's transmission was detected in England by shortwave listener Paul Nicholson, who was also the first to hear a transatlantic transmission on 137 kHz, as well as a transmission from New Zealand on the same frequency. (In case you're wondering, no FCC license is required for transmitting below 9 kHz.)
<http://bit.ly/1qRk99f>

A ham in Sweet Home, Oregon, has received a not-so-sweet Notice of Violation from the FCC. The Commission alleges that Thomas Ryan, W7WL, maliciously interfered with other stations on 3908 kHz, transmitted music on the same frequency and failed to properly identify. He was given 20 days from the June 5 notice to respond. The FCC reserved the right to take further action, depending on the response received.

One of the fathers of the National Weather Service's SKYWARN program became a Silent Key on June 19. Alan Moller, N5ZCB, was 64. According to the ARRL Letter, Moller and Chuck Doswell were the leading proponents of setting up a weather spotter network that became the prototype for SKYWARN. Moller was a Senior Forecaster at the Fort Worth, Texas forecast office of the National Weather Service. He was also a storm chaser and filmmaker. A local field weather observation program started by Moller and Doswell in 1972 laid the groundwork for today's SKYWARN program, which uses the services of nearly 300,000 trained volunteers across the nation - many of whom are hams - to supplement the weather service's radar and other forecasting tools.

The skies are filling up with ham radio satellites again. Here's a quick rundown of recent launches and other activity, courtesy of the ARRL and the AMSAT News Service:
* UKube-1 - the UK Space Agency's first cubesat - was successfully launched from Kazakhstan on July 8 and its first signals were received soon after its deployment. UKcube-1 is "hosting" AMSAT-UK's "FUNcube-2," which includes an SSB/CW transponder and a CW beacon.
* A record-setting 37 satellites - including about a dozen which will operate on the ham bands - were launched from Russia on June 19 aboard a single rocket. Among the new "birds" is QB50p1 - now EO-79 - which carries FUNcube-3 (with a CW/SSB transponder aboard), QB50p2 - now EO-80 - which has an FM voice transponder, and the Russian-built TabletSat-Aurora, which includes an experimental D-STAR "parrot" repeater (which records and then retransmits uplinked signals).
* There were conflicting reports at press time about the status of efforts by a group of citizen scientists, including several hams, to regain control of and repurpose NASA's ISEE-3 satellite, which was later re-dubbed ICE, or International Cometary Explorer, which was launched in 1978. Attempts in early July to fire the satellite's thrusters and put it in line for a stable Earth orbit were not successful, and several news sites reported that the group was giving up its efforts. However, other sources, including the ISEE3 Reboot Project's Facebook page, said the group was not giving up and would try again to regain control of the satellite in early August.
* LO-78, Lithuania's first amateur satellite, will probably have re-entered Earth's atmosphere and burned up by the time you read this. In early July, the satellite's FM transponder was turned on for what was expected to be the final time. LO-78 was expected to re-enter the atmosphere around August 5.