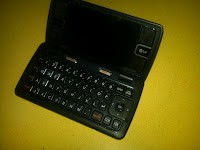 The largest study yet of possible connections between cell phones and cancer has found no evidence of any link. The Associated Press reported in October that the Danish study of more than 350,000 cell phone users monitored over 17 years found there was no increase in cancer risk compared with non-cell phone users. In the U.S., both the Food and Drug Administration and the FCC have found no evidence of a link. Fears of a connection persist, however, the story reported, despite the fact that cancer rates have not increased since cell phones were introduced.
CQ Newsroom at 2:11 PM
Share
‹
›
Home
View web version