The National Oceanic and Atmospheric Administration (NOAA) is predicting another above-normal Atlantic hurricane season this year, with 14-21 named storms expected, of which 6-10 are likely to become hurricanes and 3-6 strengthening to major hurricanes. This is in line with (although less specific than) the separate prediction issued in April by the Center for Tropical Weather and Climate Research at Colorado State University (see report below).

The NOAA scientists say multiple factors are expected to influence this season's storms, including the ongoing "La Nina" that is likely to continue through the season, which runs from June 1 to November 30 each year, along with warmer-than-average sea surface temperatures in both the Atlantic Ocean and Caribbean Sea, weaker trade winds in the tropics and an enhanced West African monsoon, which in turn supports stronger African Easterly Waves, which power many of the strongest and longest-lasting hurricanes each season.

At a media briefing announcing the season outlook, NOAA and Federal Emergency Management Agency officials stressed the fact that a storm does not have to be classified as a major hurricane in order to cause major damage, citing Superstorm Sandy 10 years ago and the remnants of Hurricane Ida last year that caused massive flooding in the northeast even after being downgraded from their previous storm classifications.

Amateur radio operators within hurricane-prone areas should prepare for their personal safety first, followed by preparations to be able to operate without commercial power for possibly extended periods, and receive training available from FEMA, the National Weather Service and local emergency communication groups. The Hurricane Watch Net <www.hwn.net> activates whenever a hurricane is within 300 miles of land and operates on 14.325 MHz (USB) during the day and 7.285 MHz (LSB) at night.

CQ magazine has announced the induction of two new members to the CQ Contest Hall of Fame, which honors those contesters who not only excel in personal performance but who also "give back" to the hobby in outstanding ways. CQ World Wide DX Contest Director and former CQ Contesting Editor John Dorr, K1AR, presented Hall of Fame plaques at an induction ceremony held at the annual Dayton contest dinner on May 21.

The 2022 inductees to the CQ Contest Hall of Fame are:

David Pascoe, KM3T, a highly-accomplished multi-op and single-op contester with many championships and record scores to his credit, and he is also responsible for much of the "back office" infrastructure behind the administration of many major contests. He is the infrastruc-ture and IT security "departments" for all of the contests supported by the World Wide Radio Operators Foundation (WWROF), including all CQ contests, several ARRL contests and others. He also maintains the e-mail lists on the contesting.com system, including CQ-Contest, 3830 and more. He is also a pioneer in live contest audio streaming, and is a volunteer pilot for two organizations that provide free medical-related air travel.

Craig Thompson, K9CT, a world-class contester and promoter of youth in contesting. He developed the North American Collegiate Championship (NACC) program, in which college amateur radio clubs compete against each other in the context of the larger competition of the North American QSO Party. Craig also worked closely with Tim Duffy, K3LR, to develop a version of the Contest University (CTU) program specifically designed to integrate with each year's W9DXCC Convention. He is also involved in several amateur radio organizations, serving as treasurer of CWops, a board member of the Northern California DX Foundation (NCDXF), past president of the Society of Midwest Contesters and is currently chairman of the ARRL Contest Advisory Committee.

The CQ Contest Hall of Fame was established in 1986 to recognize those amateurs who have made major contributions to the art of radio contesting. This is the 39th annual induction.

There were no inductees to the CQ DX Hall of Fame for 2022, as the judging committee determined that none of the nominees met the high standard required for selection.

The CQ Amateur Radio Hall of Fame honors those individuals, whether licensed hams or not, who have made significant contributions to amateur radio; and those amateurs who have made significant contributions either to amateur radio, to their professional careers or to some other aspect of life on our planet. The 2022 inductees (listed alphabetically) are:

Franklin P. Antonio, N6NKF (SK), co-founder of Qualcomm, whose chips underlie much of our modern technology. Antonio was particularly involved in the company's satellite work and was a philanthropist as well, donating $30 million to the University of California at San Diego as seed money for a new engineering building.

Wolf Harranth, OE1WHC/OE3WHC (SK), journalist and broadcaster on Radio Austria International; founder of Austria's radio documentary archive (DokuFunk), now the world's largest archive on the history of radio, including the YASME/Colvin collection; literary translator and 2017 recipient of the IARU Region 1 Roy Stevens memorial award for his work on DokuFunk.

Les Kramer, WA3SGZ, inventor of lower-limb prosthetic devices used by some 3000 people worldwide, including two survivors of the Boston Marathon bombing; as well as multiple other inventions in the fields of electric power generation, IED detection, optical coatings for industrial processes and more.

Peter Marks, AB3XC, physician and FDA scientist behind "Operation Warp Speed." Dr. Marks leads the team at FDA that reviewed and approved all of the available vaccines for COVID-19 as well as all intravenous therapeutics such as Convalescent Plasma, Monoclonal antibodies and diagnostic testing.

Bob Ringwald, K6YBV (SK), well-known blind jazz musician in Sacramento; co-founder of the Sacramento Jazz Festival; known locally as "the emperor of jazz" and, last but not least, father of actress and singer Molly Ringwald.

R. Scott Wright, K0MD, physician and leader of Mayo Clinic team developing the use of convalescent plasma as one of the first treatments for Covid-19; DXer, contester, former editor of the National Contest Journal.

The Orlando HamCation returned to an in-person event this year after going virtual in 2021 due to Covid-19 (it was the last major hamfest to be held in 2020 before the pandemic took hold). Organizers report that, while the crowd was enthusiastic and glad to be back in person, the attendance of 19,500 was down from previous years.

"We believe this is mostly due to people not wanting to fly or be in large crowds yet, and we understand," said HamCation General Chairman Michael Cauley, W4ORL, who noted that otherwise the show was a huge success. He reported a record number of RVs on site and that many vendors reported their best-ever year at the show. HamCation 2023 is scheduled for February 10-12.

Vibroplex is now the exclusive U.S. distributor and service center for SPE Expert linear amplifiers. Expert Linears America, the previous U.S. distributor, was purchased in April by Vibroplex, which also owns a variety of other well-known brands of amateur equipment and accessories.

Previous owners Bob, W5UQ, and Elva, KG5HIE, Hardie report that they will continue to support the SPE amplifier line and Vibroplex during the transition. All inquiries relating to sales or service of SPE Expert amps should now be directed to Vibroplex (<www.vibroplex.com>).
CQ Newsroom at 1:48 PM
Share

Hams Around the World Help in Emergencies

From tornadoes to missing sailors, ham radio operators continue to be at the forefront of providing emergency communications.

Newsline reports that hams in India helped find and rescue a woman who reportedly had been abducted and tortured by human traffickers.

And the Norwegian Radio Relay League says one of its members received a "man overboard" distress call from a freighter in the Gulf of Mexico and helped the U.S. Coast Guard locate the ship (whose coordinates had originally been misreported). The crew member was rescued. 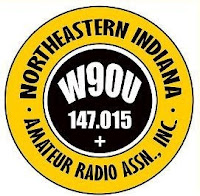 The Northeastern Indiana Amateur Radio Association has received a grant of nearly $30,000 from ARDC (Amateur Radio Digital Communications) to purchase new emergency communications equipment, including a trailer to be used for emergencies and public events. According to Newsline, the funding follows a previous grant of $3000 from the ARRL Foundation to support the club's Go Box project.
CQ Newsroom at 1:35 PM
Share

The International Amateur Radio Union has coordinated frequencies for a large-scale amateur radio payload expected to be launched to the Chinese space station later this year.

According to the AMSAT News Service, the station will operate on multiple frequencies in the 2-meter and 70-centimeter bands, including provisions for the crew to make voice contacts; crossband FM repeaters 1200-baud packet digipeaters and slow-scan TV/digital imaging.

The payload has been put together by the Chinese Radio Amateurs Club, the Aerospace System Research Institute of Shanghai, and the Harbin Institute of Technology.

Newsline reports that HF radio is making a comeback for the U.S. military, which is looking at it as an alternative to its primary satellite and undersea cable systems in the Pacific and Indian Oceans.

The Defense Information Systems Agency acknowledges that both satellites and cable systems are vulnerable to accidental or deliberate damage, and the Indo-Pacific Command's relief network has been testing HF single sideband as a backup. HF data communications are on the drawing board as well.

It was an unrealized dream of Nikola Tesla, but the U.S. Naval Research Laboratory says it has successfully transferred 1.6 kilowatts of electric power over a distance of one kilometer using a 10-GHz beam.

According to Newsline, transfer of electrical energy from point to point via microwaves is an emerging technology that could eventually open the door for transmitting power from space to earth. The project leader, by the way, is KJ4IKI, so care is presumably being taken not to fry any amateur satellites sharing the 10-GHz band with the military.

Hams in New Zealand have been given permission to operate on the 5-MHz band for another year. The country's regulator has been approving the allocation on a year-by-year basis, and hams interested in operating there must secure a sublicense for the band. According to the ARRL Letter, the new license comes with the same terms and conditions as the one that expired in early May, including a 15-watt EIRP power maximum and secondary status. Current sublicense holders do not need to reapply
CQ Newsroom at 1:00 PM
Share

SOTA in the Far North

Four hams operating on the Arctic island of Svalbard have activated two summits for the Summits On the Air program, or SOTA. According to the ARRL Letter, the group of Norwegian and Swiss hams activated Knapen JW/MS-095 and Rejmyrefjellet JW/MS-140. Svalbard is also EU-026 in the IOTA (Islands on the Air) program.
CQ Newsroom at 12:56 PM
Share
‹
›
Home
View web version